Showing posts from September, 2015
Show All

So much hype there is about the movie Heneral Luna. Before it was to be out in the cinemas, I read the synopsis for this movie. I told myself that I would watch it in the cinema. I'm happy I was one of the many who had seen it first and got to avail that student discount :)

With everything that can be discussed in the movie, the last thing I had expected from anyone would be to notice or even ask "Why is Mabini (Epi Quizon) sitting down in the entirety of the movie?"

I seriously can't imagine myself personally reacting to such question. I'd probably be, "Seriously? You don't know? He is even in the money that you use every day and you don't know?" Then, the social media outburst about what do teachers teach in the classroom? In history? Maybe if I didn't teach before, I probably would have thought that it's ALL the teachers' fault. It is an academic shortcoming on the part of the schools to not being a…
12 comments
Read more

- September 18, 2015
Uncle Manoy.
Uncle as he is a brother of my father.  Manoy because he is the oldest among the siblings.
We grew up calling him Uncle Manoy. Having him around would mean a haircut for the four boys--my 2 kuyas and my 2 other kuya cousins. Then, ice cream for everyone. Weekends would mean coins-- he would give me a whole bunch of coins he had accumulated from the weekdays of "pasada" with his tricycle. Dinners would mean inihaw bangus is the "ulam of the day" #uotd.
We know the sound of the engine throttle of his tricycle. Even from a bit far, we would all say "Andyan na si Uncle Manoy!" Then peek through the gate and see his vehicle approaching.
He was a bachelor. Never got married and in my entire life, I've never known him to be involved to any lady or woman. I asked my tita and all she said was, Uncle Manoy used to love a teacher when he was younger.
All his life, the only possession he has was his tricycle which he had to sell a few years ago before…
21 comments
Read more

- September 17, 2015
I suddenly miss reading poems. These two are my favorite since High School.
The Passionate Shepherd to His Love by Christopher Marlowe  (see below for Ralegh's reply)
Come live with me and be my love,And we will all the pleasures prove,That hills and valleys, dales and fields,And all the craggy mountains yields.
There we will sit upon the rocks,And see the shepherds feed their flocks,By shallow rivers to whose fallsMelodious birds sing madrigals.
And I will make thee beds of rosesWith a thousand fragrant posies,A cap pf flowers, and a kirtleEmbroidered all with leaves of myrtle;
A gown made of the finest woolWhich from our pretty lambs we pull;Fair linèd slippers for the cold,With buckles of the purest gold;
A belt of straw and ivy buds,With coral clasps and amber studs:And if these pleasures may thee move,Come live with me and be my love.
The shepherds' swains shall dance and singFor thy delight each May morning:If these delights thy mind may move,Then live with me and be my love. 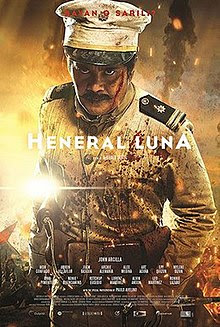 "There are bigger truths about the Filipino that can only depicted by combining the real and the imaginary."

I'm not sure how I would describe the movie further, but it had this combination of great stage theater feeling and the cinematic effect in every scene.
You know how those theater actors and actresses deliver their lines on stage--live and powerful with so much feelings, combined with the heavy Tagalog lines-- it's just so intense as it touch the core of my being Filipino. Now, having to see their close up faces with the changes in their expressions, the twitching of their lips, the creases in their forehead as they deliver their lines-- it just made me feel how they felt. Plus the musical score, that slow orchestra-music playing in the background. The thuds of the drums and the hums of the strings.
I'm not familiar with the names of the actors and actresses, just a few of them, but every one of them were very good in  their roles. These people should be…
1 comment
Read more 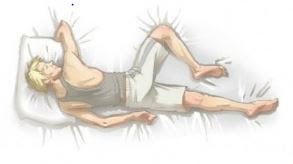 
If you sleep like a heron, with one leg raised, then chances are you have an unpredictable personality which is often drawn to all kinds of adventures, whilst your mood can change so fast it can be confusing for those around you. Very often, you find it difficult to be decisive and make a choice. On the whole in work and in life in general, you have a preference for stability, peace and quiet, and thoroughness.

- September 06, 2015
I still cry at nights. Admitting this to myself was something hard but I know I have to.

Im trying to find an answer to why I still cry.
posted from Bloggeroid
10 comments
Read more

- September 02, 2015
I was not part of the crowd but I have no choice but to pass through that crowd so I could get to the entrance of the mall. I didn't understand what the announcer on the stage was saying. All I wanted to do was get past the myriad of people and then take a breath of freedom in a safe place. I was so focused on moving and making my way, going against the crowd. Suddenly, the people began shouting and waving their flags. I had no idea what was happening!

I just wanna get into that door.

Fear crept all over my body. I felt stunned. I can't seem to move but I have to.

If I will stay there and not move, it would look like....

A cast of crabs spotted a prey and then trying to pull down on the prey on all sides....

A prey trying to cross a river full of crocodiles....

A human being in the middle of a zombie attack....

But I know I had to move and get going if  I wanna stay alive. So, my two friends …
10 comments
Read more
More posts