Showing posts from December, 2013
Show All

- December 29, 2013
R : I met up with my first love last night. We remembered the 3 yrs that we did not talk. I tried to find out why we fell apart and what I failed to learn from him; M and T left me the way he left me, there must be something wrong with me. I realized he left because he is the kind of man who will choose to not be with someone like me. I wish I can extensively share with you my thoughts abt yesterday. You might find it amusing. Me : I’ve long accepted the fact that people come and go in our lives. Those people had left me, hurt me because that’s what they are meant to be in my life. Every day, I try to be a better than I was yesterday, still that doesn’t guarantee that he will not leave me. I had given up my search for love to destiny and had learned to live one day at a time. As for love, all I can do is wait for it to come. I hope soon. Soon. Honestly, nakakapagod din mag-isa.
14 comments
Read more

- December 25, 2013
After battling colon cancer for the past 6 months, my friend, Aloja, passed away last Saturday, December 14, 2013.                 It was a shock. We all knew she was hospitalized late July, had an operation early August for the extraction of rectal polyps. We thought that had been the end of it all. We thought that the culprit had been out of her system and will harm her no more.                 I had known her since high school. She is tall, slim, has long, black and kinky hair. Even without looking, you would know that it’s her just by hearing her crisp laughter. She loves joking around and about people and always finds something funny about everything.                 She was an orphan. The principal of their barangay school took care of her since she was a baby. Fed her. Clothed her and sent her to school. We barely talk about her family. I barely talk to her during free time because I would either be busy with academics or extra-curricular activities. But s
11 comments
Read more 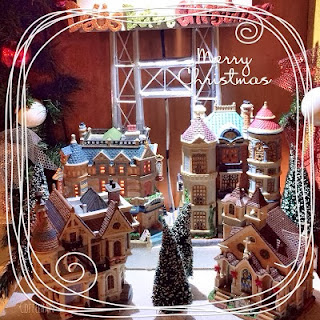